Have Sunglasses Hit the Sci-Fi Era? 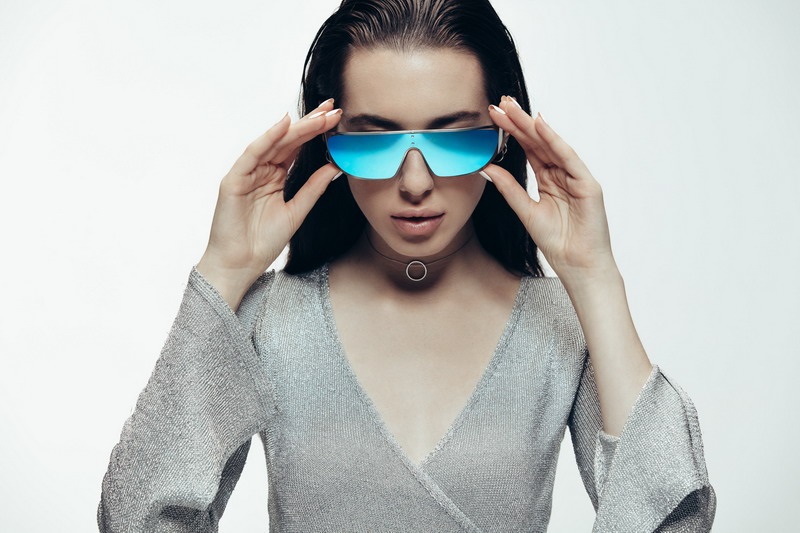 There is a foundational truth in the world of fashion that can be quite uncomfortable if you are not willing to accept it at face value. It is this: true innovation is hard to come by without pushing the envelope toward something truly outrageous and revolutionary. It is a truth that is quite evident in eyewear.

Could that explain why sunglasses appear to have entered the sci-fi era? Perhaps. One thing we know for sure is that aviators, wayfarers, and cat eyes have been around for what seems like forever. You cannot alter those designs all that much and still stay true to what they are. So designers either continue tinkering around the edges or abandon traditional styles in favor of something that’s never been done before.

Do not misunderstand the lack of innovation in eyewear. According to Manufacturer Olympic Eyewear, all the old-styles still sell quite well. In fact, aviators and wayfarers combined still make up the bulk of sales for fashion sunglasses. They are tried and true styles that consumers are comfortable with.

On the other hand, there is that group of people who do not want to continue looking to the past. They don’t even want casual nods to past styles. They want something so completely new and bold that it takes everyone who experiences it completely out of their comfort zones. That brings us back to sunglasses and the sci-fi era.

If you don’t know what is meant by ‘sci-fi era’, take a few minutes to search some video clips online. Look at films like Robocop and The Matrix. Even a quick look at The Terminator franchise will be highly educational. Once you get a good idea of what futuristic eyewear looks like, you can return to this article and pick up where you left off.

To answer the question of sunglasses and the sci-fi era, one need only look around. Luis Campuzano of WWD attempted to do just that by highlighting more than half-a-dozen pairs of new sunglasses from Smith Optics. It is clear from the accompanying pictures that these sunglasses are unlike anything else.

One pair looks an awful lot like something that Robocop would wear. As described by Campuzano, they are cross between safety goggles and ravers. This writer can very easily imagine them being worn by visitors from outer space who touch down on planet Earth in their search for less intelligent lifeforms.

Some of the others featured in Campuzano’s article have very disconcerting shapes that might throw off the fashion conservative. Quite honestly, it is hard to describe most of them. About the only design that fits easily into words pertains to one pair with rectangular lenses. The rest may require a bit more imagination to describe.

Futurists in the Eyewear Industry

If one didn’t know any better, it would be easy to assume that a group of futurists left the education and scientific sectors and took jobs designing eyewear instead. That is not necessarily a bad thing, by the way. There is a unique style for every person who wears sunglasses. Some consumers are going to absolutely love the futuristic shades coming down the pike in the very near future.

It would seem that eyewear has indeed entered the sci-fi era. The good news is that sci-fi styles can coexist just fine with more traditional designs. The sunglasses pool is big enough to accommodate just about everyone. So whether you prefer a sleek pair of cat eyes or sunglasses that look like safety goggles, jump on in. The water is warm.